The New Paradigm of Energy Healing Brought From the Future

Meet The Founders and Creators of The Krystic 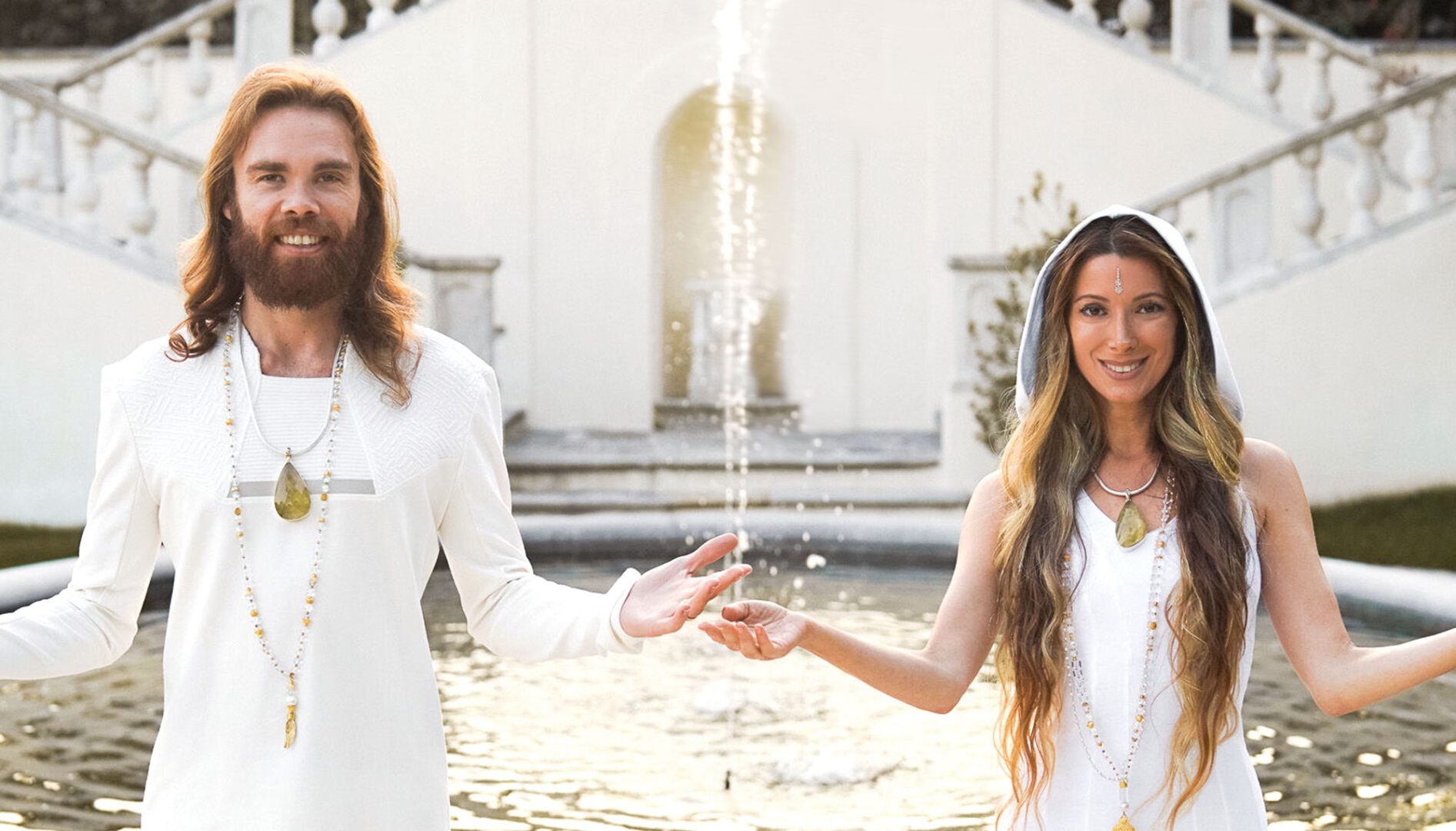 Welcome To The Krystic Energy System®

Together we share a beautiful story of a future humanity that has reached critical mass of light.

We have brought this technology from a future where humanity has overcome its challenges, ascended and is living in harmony with each other, the animal kingdom, the planet and has become a proper citizen of the Cosmos.

We have created The Krystic Energy System® to be measurably the Highest Frequency Healing path on the Earth, and we have been graced to witness it create and manifest miracles upon miracles, along with a great acceleration and catapulting of one’s spiritual journey.

The Krystic Energy System® is not an ordinary healing modality, as its function delves well beyond the scope and intention of Healing.

Just by using The Krystic Energy System® alone, you will experience an elevation in your beingness, a connection of purpose, a peace and acceleration of your soul’s mission that you have never before known.

It is our honour and blessing to bring the Krystic Energy System®  to the world and thus, to you now.

May this message inspire you to serve the many people awakening through the Cosmic Potency of the Krystic Energy System® or be blessed to be one who is served by the many hundreds our KES Servers/Healers and Leaders of The Light in countries all around the world.

With Infinite Love and Grace, 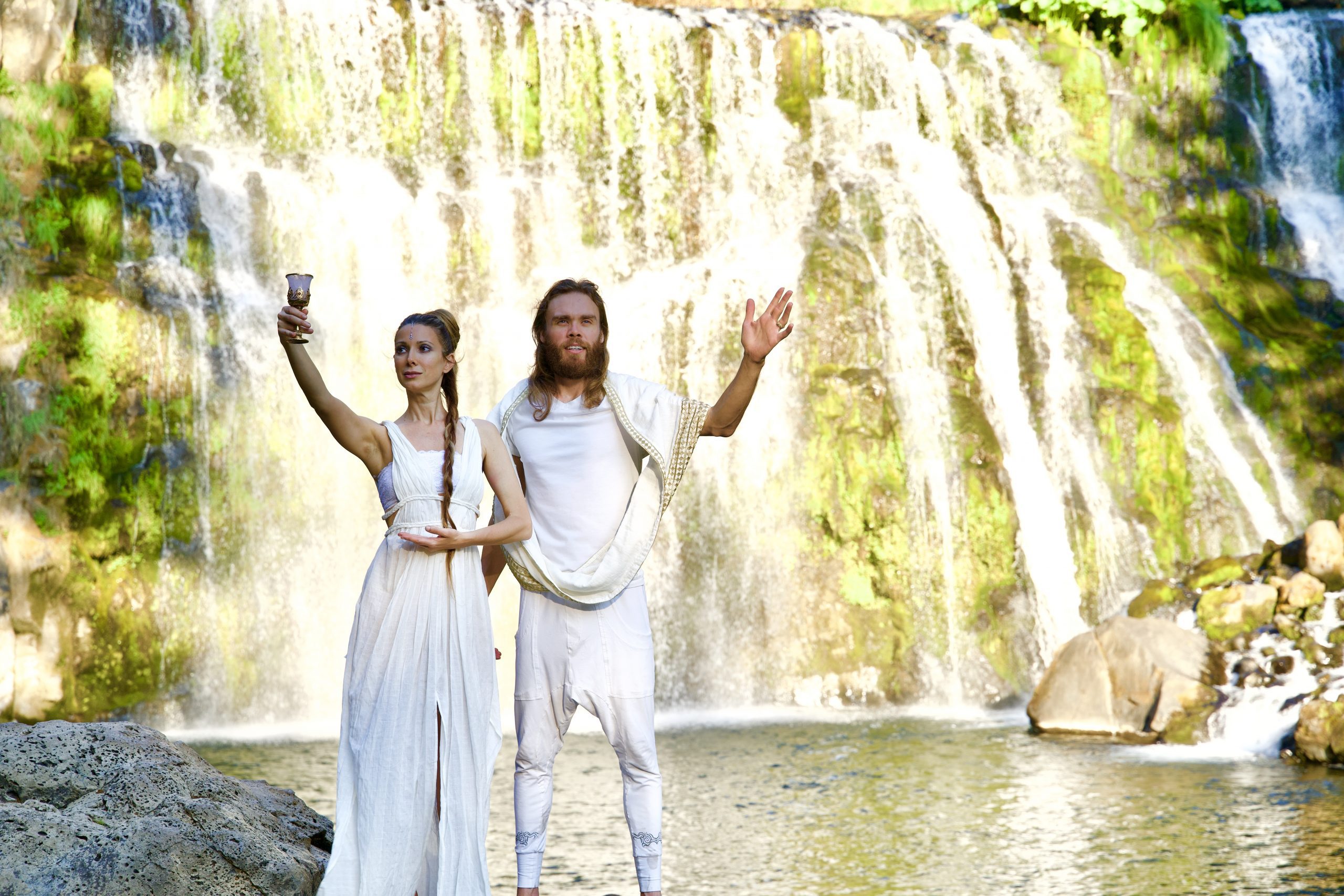 What is the Krystic Energy System®

The Krystic Energy System® is a newly manifested technology that Shekinah Kryst and Sananda Kryst have brought from a future timeline of Earth’s Golden Age.

The Krystic Energy System® is a complete system of full body healing, miracle manifestation, and ascension that uses celestial healing/wholing technology that connects the practitioner to the Cosmic, Galactic, Solar, Earth fields of consciousness and specific frequency bandwidths. This among many other special  allows the practitioner to go well beyond the context of healing the body, mind organism, it goes beyond the healing of the soul and surpasses even the soul levels of experience, which is where only a small portion of the totality of the Experiential Journey takes place.

It is such, that as the Cosmic Rays of plasmic energy continue to rapidly increase entry into the Earth’s Electromagnetic Field, humanity will be experiencing these waves from all five fields of energy: Cosmic, Universal, Galactic, Solar, and Planetary. With this wisdom at heart, Shekinah & Sananda knew it was necessary to bring forth a system that would catapult both the recipient of the Krystic Energy System® and the practitioner, known as a Krystic Server.

The Krystic Energy System® has been known to eradicate illness, eliminate Viruses deep at the cellular level, and bring the body and all its subsequent energy bodies into perfect harmony as well as balance and alter the DNA and RNA signaling.

The Krystic Energy System® is a great blessing for humankind, and has the potential to be a profound catalyst for one’s who wish to be connected, prepared and completely attuned to their light body, and to the cosmic intelligence of this Universe and beyond.

Read Below, for an in depth explanation of The Krystic Energy System®.

This Comprehensive Energy System will utilize the Krystic Field of Consciousness in conjunction with advanced celestial technology, The Solar intelligence and Neutrinos produced by the sun and the Earth’s crystalline matrix, to imbue all levels of the physical body and light body with Krystic alchemy and commence the potential for miraculous abilities.

This Krystic Energy System® has been transported through time and is birthed from extensive knowledge of the human light body and Golden Age Science.

This Energy system has the potential to alter the very fabric of what is considered ‘healing’, and upscale the efficacy and practice of any and all modalities that one has already learned from previous certifications and healing methods. Although, one may combine their previous healing practice with the Krystic Energy System for a vast increase in power and healing ability, It is a stand alone and is intended to far exceed any current healing practices. This system is Energetic Alchemy and as it comes from the future, is a new paradigm of ‘whole-ing’ without need for slow process.

The Krystic Energy System is not a modality. It is a multi-realm experience of merging and unifying with the Krystic Field to co-facilitate miracles. 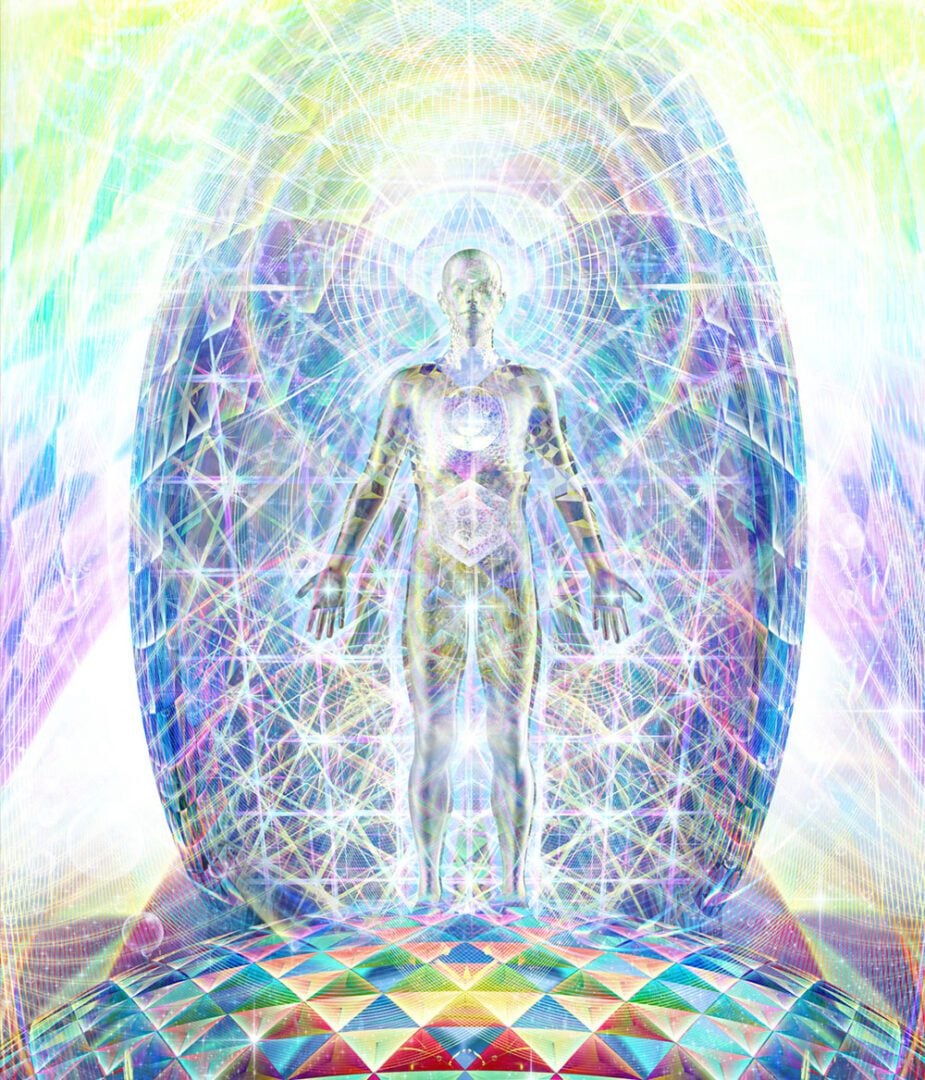 “The Krystic Energy System is a miraculous gift that is here to deliver humanity to the golden age.”

Have you ever wanted to reach greater level of service to humanity and the earth?

What would it be like if you could wave your hand and create an instant healing for someone who is suffering from deep inner trauma?

Or greatly accelerate a karmic removal for one who has been stuck in physical or emotional looping for possibly lifetimes.

How would it feel to be able begin to move through the veils and bandwidths of this Earth Domain, and have direct communication with the Sun, the Galaxy and the Cosmic Intelligence?

What would it be like to bridge your consciousness with the Cosmic Kryst, so that you could truly be a vehicle for wholeness upon the planet to your fellow brothers and sisters, as they move through their spiritual ascension? 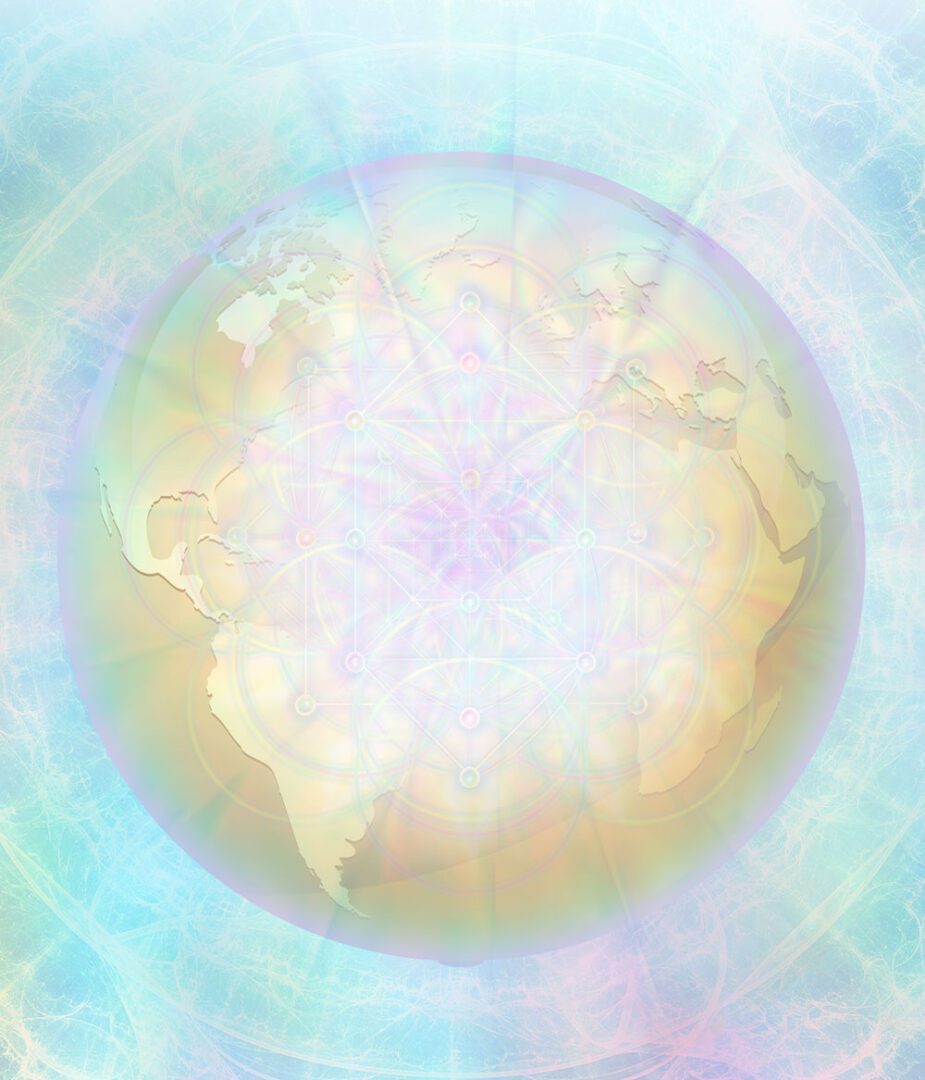 The Quantum DNA of The Universe and Bio-Physical Transmutation 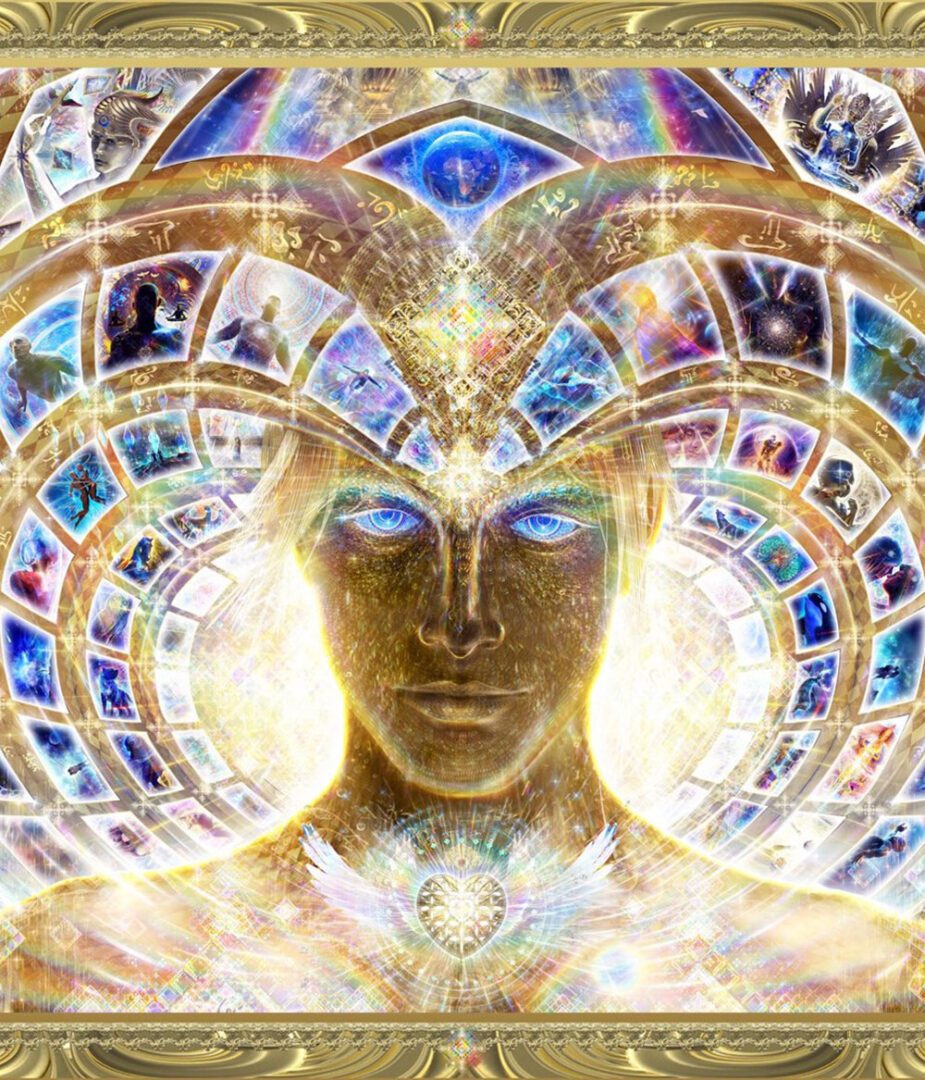 Your Spiritual DNA is connected to the sub-quantum realm and is an all encompassing unified field of information that is entwined to your physical DNA.

When properly utilized, this Quantum element acts a superhighway of consciousness that gives access to gateways and passages to future realities that can create instant healings and miracles for yourself and others. The Unified Field is a vast inter-realm bandwidth of information that communes with the Higher Self committees and councils that can assist you in creating positive life altering experience for healing and transformation.

The Krystic Energy System® activates Bio-physical transmutation through the axis point of your Spiritual DNA and Bio-Energy Field.

However, the Krystic Energy System connects directly to the purest, most potent, most sacred and pristine energy field of consciousness. It is a direct link to the Cosmic Kryst and Krystal Star.

It has the ability to awaken a path of Kryst Consciousness with a direct connection to the Krystal Star. Through the many connector bands spoken of previously, the practitioner is given the ability to accomplish  miracles made manifest by the utilization of the most advanced, Highest Vibrational Spiritual Technology, Codes of Light, Ethereal Sound Harmonics, Vibrational Medicines that are made possible by a deep communion with The Krystic Energy System.

Why does the Krystic Energy System® go beyond healing and into the realm of Miracles and Mastery? 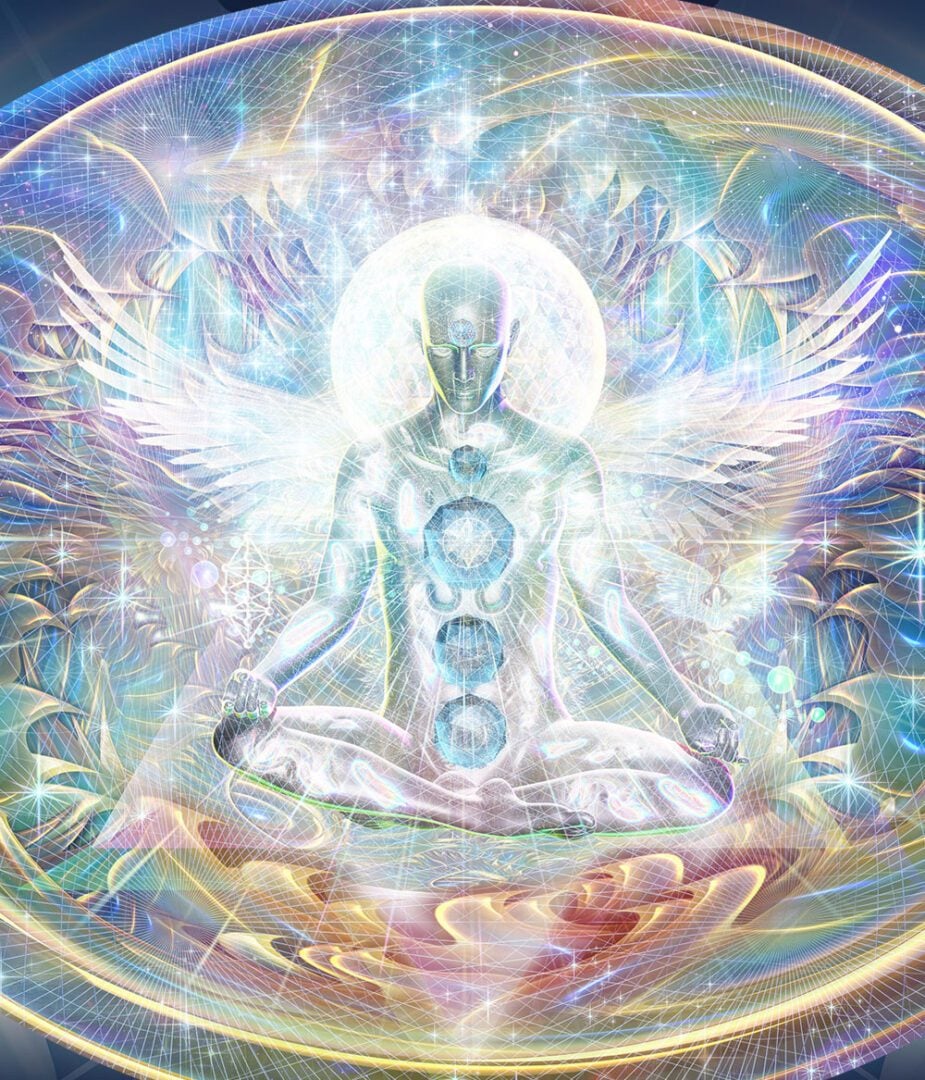 This certification is infinitely more than an energy healing system, it’s an awakening of Kryst Consciousness. You will love this certification because it not only allows you to heal humanity, but it also shows you how to heal the planet and become an ambassador of light in this world. 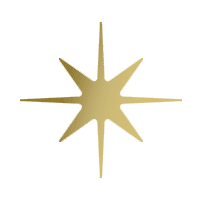 This Energy System Changes Everything

All is Energy, and energy is Sound, Vibration and light. Through the Krystic Energy System®, you will discover the fastest way to heal, transcend and return to wholeness.

Krystic Energy System® is one of the most effective ways to ignite your higher intuitive abilities. With practice you’ll be able to read someone’s energy field and gain insights about who they are, just by looking at them!

This is powerful technology

As your consciousness is completely rerouted and rewired into your Divine Self your intuition and spiritual gifts will become supercharged.

You’re going to learn how to precisely co-create with the Unified Source Field using a process you’ll only find in this certification to bring yourself and eventually humanity into higher levels of lasting transformation and realisation.

This first part of the Energy Healing process is where you use your unbending intent to attract and summon energy from a higher vibrational level.

Next you’ll use your Light body as a superconductor to convert powerful energy into a gentle healing light, and prepare it to be received.

Finally, you transmitte the Krystic Energy to a part of yourself, or your client, and witness the miracles!

Your Higher Self is waiting for you to say ‘yes’ to the next level of your ascension journey and self mastery. 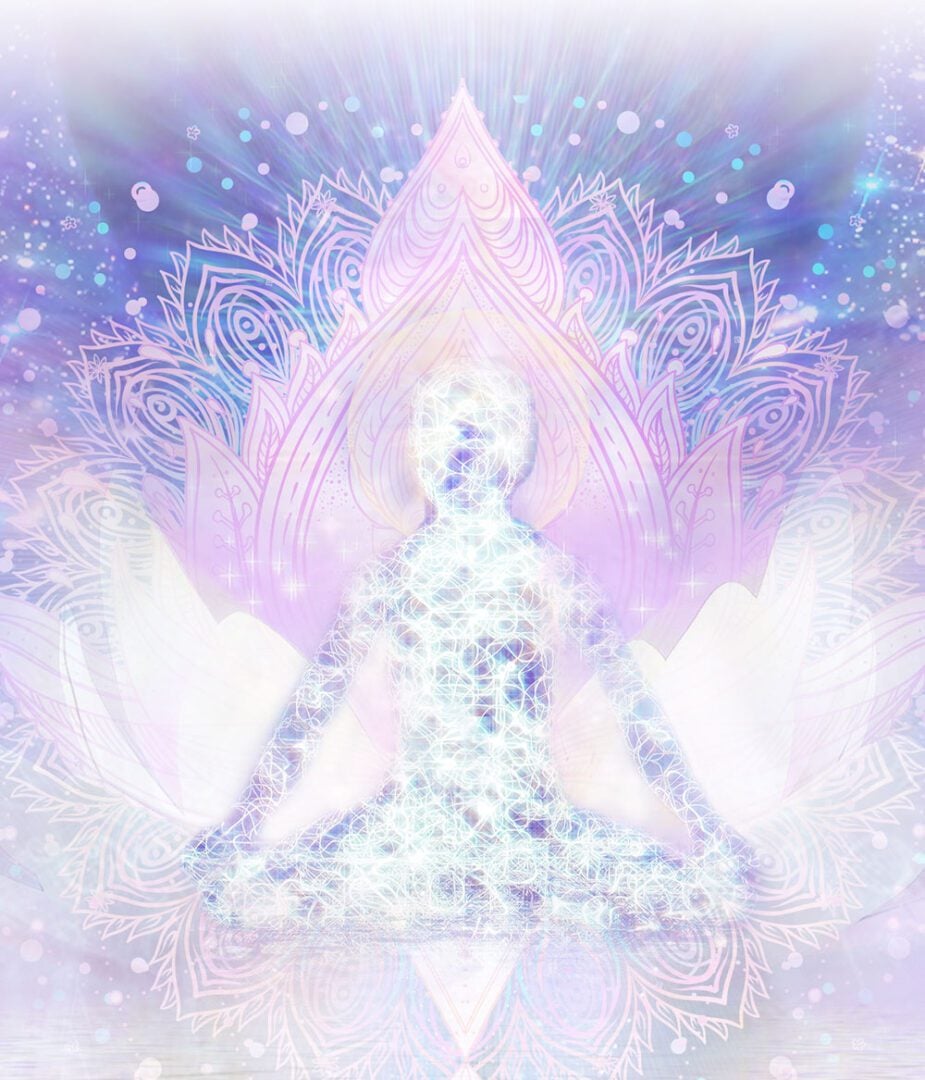 The Krystic Energy System® allows travel through the Multi-source Realms.

It is the vibrational resonance of the Three fold flame power, wisdom and love.

It is the representation of the trinity, body, mind and spirit. The triple trinity wave. It connects to the Cosmic energies of this Universe and to the transmission of light codes and other frequencies needed for healing and activation and interstellar travel.

This frequency opens StarGate Portals into other dimensional densities and realms, merging with this frequency allows the opening of portals not only in the Earth, but within you that assist in healing and activation.

Bonus: Advance protocol to rewire and reprogram your consciousness

Leaders of the Light
6month certification

Creators of The Krystic Energy System®

Founders of The TwinRay Healing Academy

If purchased separately, the reduced price for Level 2 is $555.

Advanced Healing Protocol to rewire and reprogram your consciousness and completely remove all limiting beliefs, mindsets, unconsciouse programs, conditioning and thought forms that are not supporting your highest reality timeline. This gift alone is priceless and will change your life.

Receive an invitation to TwinRays private Online Sanctum Group so you can connect to Shekinah and Sananda and other students. Join free group & community healings, discussions, share learnings, while being supported by your Soul family on your Ascension journey. 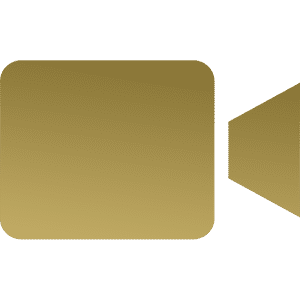 Communication is crucial to the learning process, which is why Shekinah and Sananda will be holding Krystic Healers Live Streams with their students. As a Krystic Energy System student, you are invited to participate in these frequent sessions.